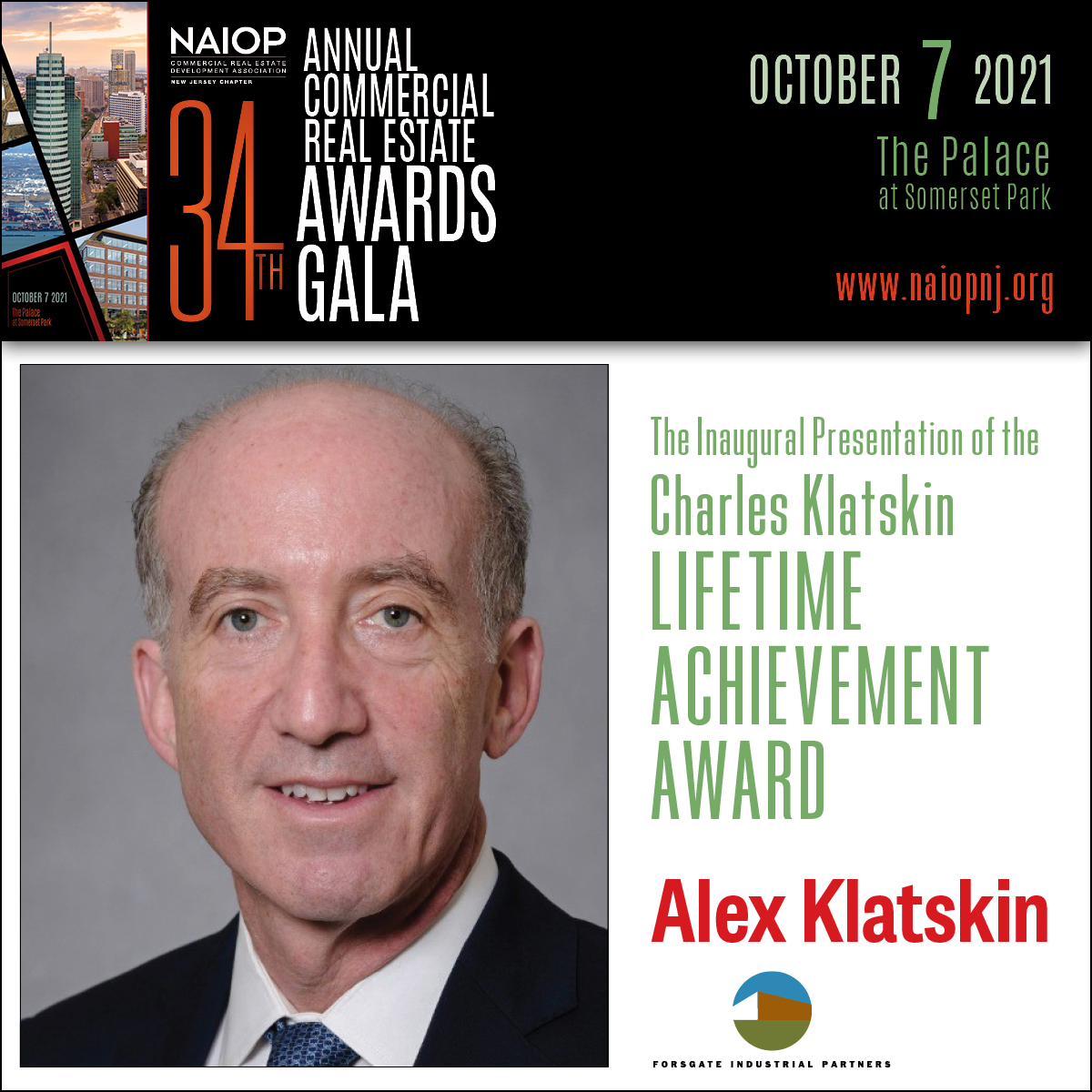 “The commercial real estate community was deeply shaken by the passing of Charles Klatskin last fall,” said NAIOP NJ president Gus Milano of Hartz Mountain Industries. “Due to the pandemic, we were unable to come together to mourn the loss of a true industry legend. This year is the 20th anniversary of Charles receiving the NAIOP NJ Lifetime Achievement Award, and we are renaming it to honor his memory.”

Klatskin is a general partner with Forsgate, a Teterboro-based private industrial real estate development and investment firm that has built and owns 10 million square feet of industrial properties in New Jersey. He served as the 2011 National Chairman of NAIOP and as president of the New Jersey Chapter from 2003-2004.

Michael McGuinness, NAIOP NJ CEO, said, “I can’t think of a more meaningful way to honor Charles Klatskin’s memory than to present this award to someone who has earned it at a very young age – his son, Alex.”

NAIOP NJ’s Gala, which was held virtually last year due to the pandemic, traditionally has drawn over 800 commercial and industrial real estate professionals annually. This year’s event will be held in accordance with COVID-19 restrictions in place at the time, and everyone is encouraged to be fully vaccinated before attending.

The members-only Gala ticket pre-sale is open now through June 18. Ticket sales will open to the public on June 21 unless the event is sold out. As of now, purchases will be limited to eight tickets. For sponsorship information and complete details, visit NAIOPNJ.org/Gala34.