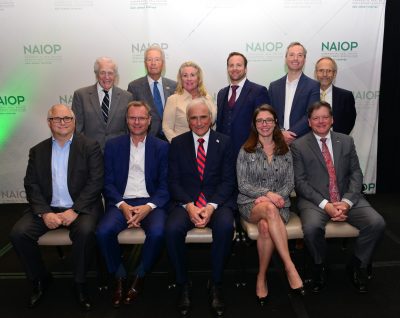 EAST RUTHERFORD, N.J. (Nov. 14, 2022) – Eight NAIOP New Jersey members were recently honored for their outstanding leadership, advocacy and career accomplishments at the chapter’s Annual President’s Awards and Hall of Fame Dinner. The 2022 nominees to the commercial real estate development association’s Hall of Fame were also inducted during the event, which was held at the Hilton Meadowlands.

“For me, it is an honor to recognize our members who exemplify leadership and service  to the New Jersey Chapter,” said the association’s president, Constantino T. “Gus” Milano of Hartz Mountain Industries. “Each honoree has helped make NAIOP NJ what it is today: respected among policymakers, effective in Trenton, and valued by the commercial real estate veterans and developing leaders seeking to succeed in this great industry.”